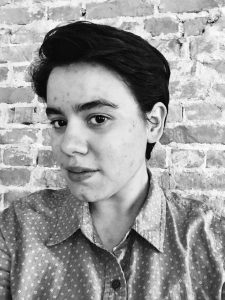 Ariana Martinez is a New York-based artist working across audio and visual media. They use these mediums to understand the specific geographies that have shaped them—their extended family’s past and present home of Lajas, Puerto Rico, their mother’s New York City neighborhood in the Bronx, and the various towns across the U.S. where Ariana spent their childhood. In 2018, Ariana was named an AIR New Voices Scholar and received the inaugural Signal to Noise Award from UnionDocs & Gilded Audio. In 2019, they were a Third Coast | Ragdale Radio Resident. Ariana has sound designed and edited Queer Public, produced radio feature stories for BBC Radio 4's Short Cuts and has contributed to KCRW's The Organist and WFMU's The Blind Tourist. They are a member of the Third Coast 2019 Conference Advisory Group.