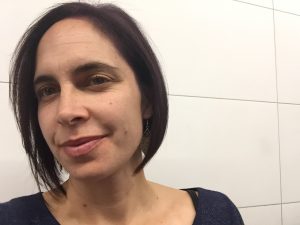 Sarah is an independent Sydney-based audio producer and award-winning journalist from New Zealand. She produces radio and podcasts for the Australian Broadcasting Corporation and for Sweden's public radio, UR. She previously produced Insight on SBS TV - Australia’s multicultural public broadcaster. Sarah joined Insight mid-2008, just in time to travel to the US to cover the presidential election. She had previously covered the mid-terms as a freelance feature writer for the Sydney Morning Herald. Sarah worked in print for seven years, holding staff reporter roles at daily and local newspapers. She also freelanced as a music magazine writer. She travelled to Serbia to cover a festival in Belgrade and then was the Australian correspondent for New Zealand’s Rip It Up magazine.